Do not miss the colorful buildings and the cozy cobblestone streets from the 17th and 18th centuries in the area "Gamla Stan" during your visit to Stockholm. You walk through one of Europe's largest and best-preserved medieval city centers. In the area there are several famous sights such as, Stockholm Castle, Storkyrkan, Riddarholmskyrkan, Nobel Prize Museum, Riksdagshuset, Gustav III Staty, Tyska Kyrkan, Mårten Trotzigs gränd etc. It was here that Stockholm was founded in 1252.

Tickets: We cooperate with GetYourGuide where you can buy tickets for a specific date directly. Get the ticket directly on your mobile. 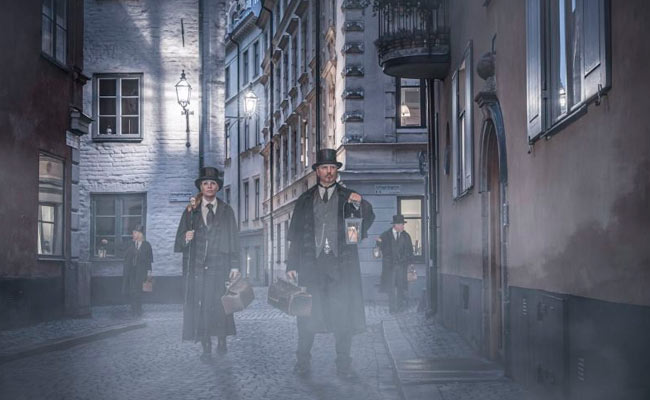 Walk through Stockholm's oldest parts. Through narrow alleys and shady neighborhoods. Stockholm carries a long history of murders, myths, mysteries, executions, deaths, diseases and ghosts. A guide tells and shows where these horrors took place ..... or is it really a guide .... or maybe a ghost. He who dares to see!

FFor all ages, but not for the easily frightened - :)

Seson: All year around
Time: approx 1.5 hours
Ticket: You book dates directly when buying your ticket

Today, Old Town is just the old part of Stockholm with its fantastically beautiful buildings and alleys preserved. But when Stockholm left when the city was founded in the 13th century, the Old Town was in fact the city's place itself.

History
The city of Stockholm was built next to the castle, which today is Stockholm's castle - so the Old Town was the core of the city itself. Most of it outside the city was then a countryside where today's Stockholm spreads out.

Stockholm was founded in the 13th century and the city was built next to the castle. When the city was placed on an island, city walls were also built around it. Inside, the daily life of the city's residents was going on. As I said, fires were common in the cities of that time and many of the houses were built of wood. On 1 Sep 1625, a fire broke out in the Old Town which spread rapidly. After the fire, the city house was to be built of stone.

Even today, these beautiful buildings in their different colors are preserved and the narrow alleys make it so that you can actually almost imagine what it was like here when neither electricity nor cars existed.

Early history
Stortorget in the Old Town was the heart of the city, here was the City Hall and also Sweden's first pharmacy was right here (opened in 1575) and one of the city's wells was here - Stortorgsbrunnen. Today it is back in place but is not working. There was also a market trade in the square, but it was also the place of evil sudden death. The most famous is the Stockholm massacre which took place in November 1520 when several people were executed here.

The Old Town is saved from demolition
Over time, the Old Town became Stockholm's slums and when the city was modernized, it was thought it was time to clean up the Old Town and start demolishing. As early as the 1840s, there was talk of demolishing the entire area. Fortunately, nothing happened and at the turn of the century in 1900, people began to understand the historical value of the Old Town. Maybe we have the artist Carl Larsson to thank for it being preserved.

Carl was born himself in the Old Town and in 1904 he made a statement that if he were a millionaire he would buy all the houses and restore them and put in modern conveniences. During the 1930s, major renovations of the Old Town began, and since 1980, the district has been protected by government decisions.

Some famous streets in the Old Town
Köpmangatan is Gamla Stan's and Stockholm's oldest known street name. It is already mentioned in 1323. Skomakargatan was added in 1337. Both of these streets start from Stortorget, the city's center at the time. The city's main streets were Västerlånggatan and Österlånggatan which are mentioned during the 15th century. Today, Västerlånggatan "tourist street" is filled with small shops, cafes and restaurants. Öster-långgatan is a bit quieter, here you will find the famous restaurant & quot; Den gyldene Freden & quot; from 1722.

Mårten Trotzig's alley is Stockholm's narrowest alley, only 90 cm wide. It was named in 1949 after a German merchant Mårten Trotzig who bought properties around the alley.

The burned plot is a small place on the corner of Kindstugatan and Själagårdsgatan. When the house burned down in 1728, no new house was ever built here and it has become a small place that today has a nice chestnut tree on the site. 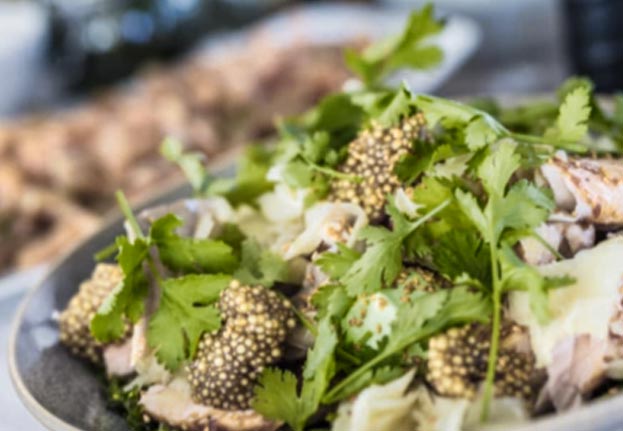 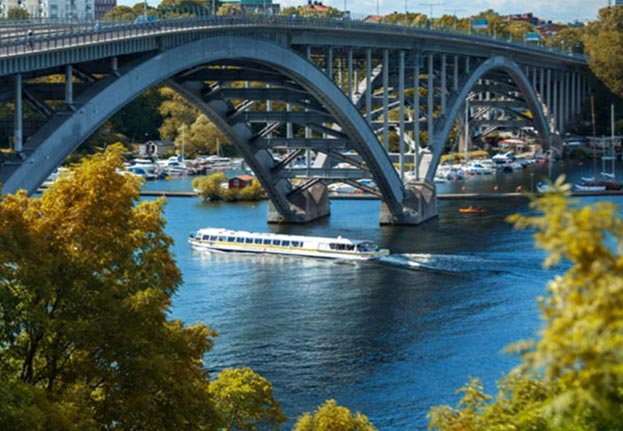 The house on Stortorget no. 20
On the red house on Stortorget you can see several white stones on the facade. 92 in number they shall be. They represent the numbers executed during Stockholm's massacre in 1520. It is said that as long as these white stones remain in the facade, the executed will have their peace, but if any stone disappears then the person the stone represented will no longer have peace and become a ghost who can walk the streets of the city forever.

Lohe treasure
In 1937, a large silver treasure was found in a shop on Lilla Nygatan 5 when a renovation was in progress. The tax consisted of i.a. 18,000 silver coins from the middle of the 17th century to 1741. The coins can be seen on the Coin Cabinet.

Tickets are presented in collaboration with Get Your Guide. We reserve the right to ev. content changes. Always be sure to read on resp. website what is included in your booking. If you have questions about your booking, please contact Get Your Guide Bilder: Get Your Guide.
Map - Old Town
Top